The fact that the summer transfer window is not even here yet is not enough reason for clubs to fold their hands and not plan ahead. Clubs across Europe are already holding talks, negotiations, and striking deals amongst one another as they already look to capture their signings and have them in place in order to make the moves official in the summer. 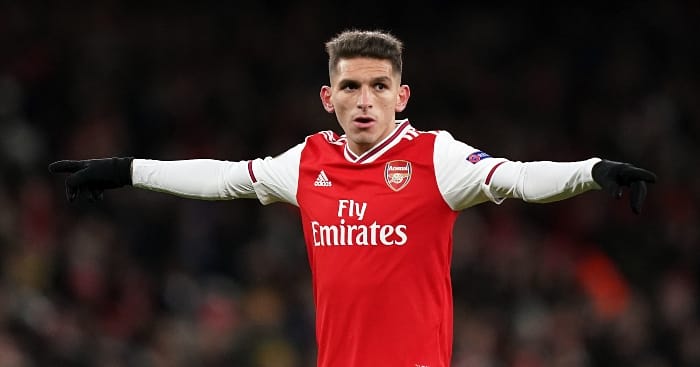 In light of this, Arsenal have reportedly sanctioned the sale of midfielder Lucas Torreira and it looks as though the Uruguayan will finally end his nightmare career at the Emirates Stadium. Arsenal manager Mikel Arteta has always held on to the excuse that he needs time to rebuild the club by getting rid of the players he feels should not be around and replacing them with his own choices.

Following the departure of some stars (both on loan and permanently) including the exits of Mesut Özil and Matteo Ghendouzi, coupled with the arrival of Thomas Partey and Martin Odegaard, the Spanish manager is swiftly implementing his policies and is gently rebuilding the team with the players he feels he needs to challenge for trophies.

Torreira is now the latest name to be on the list of growing exits after it was revealed that he has agreed a deal to sign for Italian Serie A club Fiorentina at the start of next season. The midfielder joined La Liga outfit Atletico Madrid on loan last summer but failed to impress Diego Simeone who has decided against retaining the player’s services.

Following his failed loan spell in Spain, Torreira may well have another shot at bringing back his sinking career out of the waters by attempting to make the most of the opportunity of a fresh challenge in Italy. The deal is not official yet but is expected to be completed in the summer.